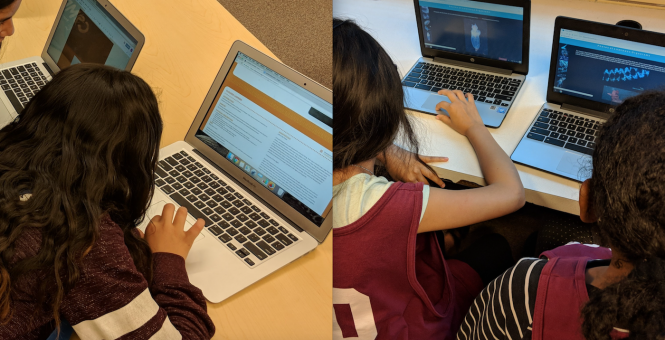 Here at KidsTek, our regular programming adapts to the laid-back summer break students earn each year by introducing new lesson plans to engage students. One of the summer programs KidsTek participates in is the summer COMPASS elementary-aged program, which is held at three different sites in Aurora: Fulton, Sable and Vaughn Elementary Schools. Every week, each school uses Thursdays to go on field trips. KidsTek Instructor Courtney Hermes decided to take advantage of this program structure by focusing each lesson plan on a theme related to that school’s weekly field trip.

“I think if you asked the students what their favorite part of Summer COMPASS is, most of them would say the field trips,” Courtney exclaimed. “The students really look forward to them every week, so I wanted to focus some of our games and activities on them.”

Planned field trips included going to the Denver Zoo and the Denver Museum of Nature & Science. At Fulton Elementary, students were asked during an icebreaker if they could be any animal, which animal would they choose? One student shared he would be a giraffe, “Because they are tall like me.” After sharing with the group, each student then conducted research on the National Geographic website to learn more about their chosen animal. Students found their two favorite facts and a photo to add in a Microsoft Word project.

As Vaughn Elementary students were getting excited to attend the Denver Museum of Nature & Science, Courtney showed them how to learn more about what exhibits they would be seeing. After students explored the Denver Science Museum website, they focused on the main exhibit: “Creatures of Light.” Before diving into researching the creatures they’d get to see on their field trip, Courtney taught the students important terminology like, “bioluminescence,” which is the light emitted by organisms like the deep sea fishes in the exhibit.

“I’m also hoping that when they go to educational places like the zoo or the science museum, they will learn as much as possible because of what we’ve done in class,” Courtney said. “So far, there have been some really awesome discussions, and the students have been very engaged!”