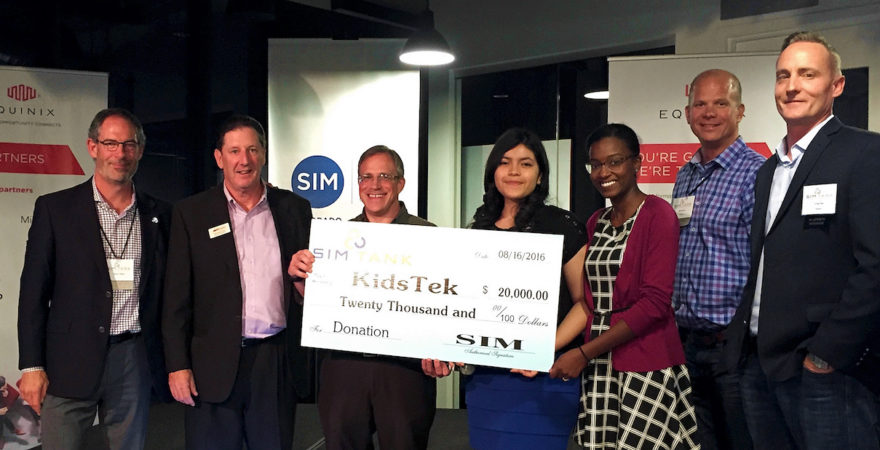 This week, KidsTek attended the 4th annual SIMTank event hosted by SIM Colorado (the Society for Information Management.)  SIMTank is a Shark Tank-styled networking event during which Colorado start-ups get a chance to pitch to venture capitalists.  One company was awarded $5,000 in start-up money and audience members each had $1 million in play money to allocate to the different companies through an interactive phone app.

KidsTek management attended, joined by KidsTek student alum Paola Lopez from Denver North High School.  Paola was excited to join this fun event, and at the end of the evening she had a chance to speak about how much KidsTek has influenced her learning last school year.  KidsTek also received a generous $20,000 donation as a result of the event!

Thank you SIM Tank for the donation and Paola for attending and representing KidsTek!