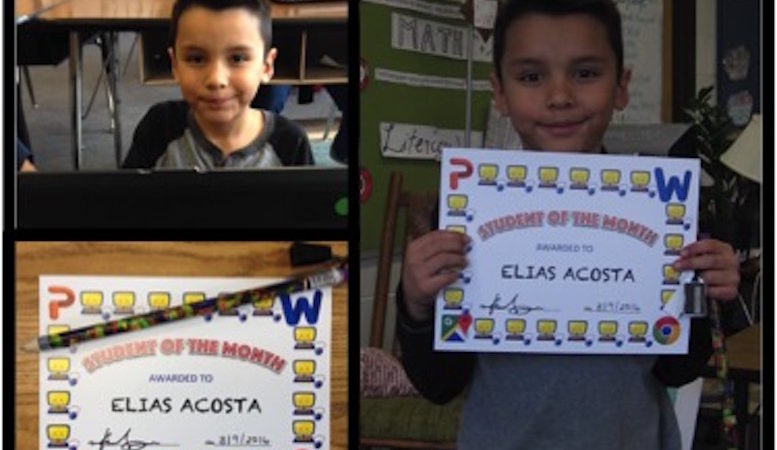 Elias Acosta is KidsTek’s March Student of the Month.

Elias is a third grade student at Centennial Elementary in the Denver Public Schools.

Elias’s KidsTek instructor Courtney Hermes says, “Elias does a really great job following directions and has worked really hard on creating his last PowerPoint project on his favorite animal: the T. Rex. He is also very helpful towards the other students in class.”

Elias’s favorite part of KidsTek was researching and creating his T. Rex PowerPoint project. He learned how to search for images on Google, and how to copy and paste his images into his PowerPoint to create “really cool slides.”

Categories: Student of the Month