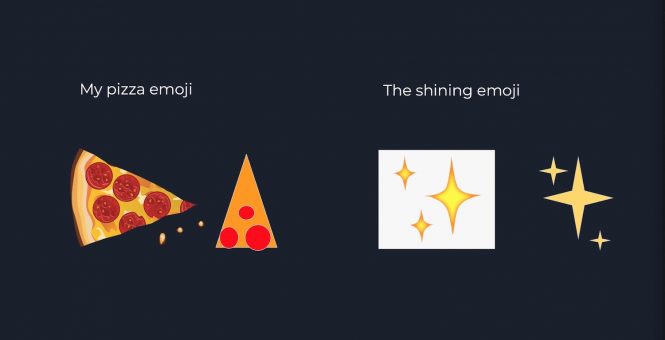 Make Your Own Emoji!

One of the most important goals in KidsTek’s after school enrichment programs for elementary school students is making technology feel familiar and fun at an early age. So, for KidsTek Instructor Megan Frazier’s first lesson with students at Global Village Academy and Sable Elementary, she created a project that let students be creative, engaged their prior knowledge, and helped them learn some great basic tech skills by designing their own emojis.

For this activity, students learned how to add shapes in Google Slides, as well as changing fill colors, borders, and the order of objects on a page, in order to build their emojis piece by piece. “The kiddos really seemed to enjoy having the freedom to make their own custom emoji,” said Megan. “I was really impressed to see what all they came up with!”

As part of the project, students also explained how their emojis would be used. “There was one student who was frustrated about an interaction with a peer, so he made an emoji that represented feeling upset with a friend,” said Program Manager Emily Tow. “It’s amazing to see that kind of meta-cognitive social-emotional learning integrated with tech education.”

As any good teacher knows, it’s important to build extensions into your lessons for those students who need an extra challenge. Students who finished their emojis before their peers learned how to use the Object Animation feature to animate their emojis and some even built-in multiple animation commands to create video game-style graphics.

“It was so fun to watch students take this activity and run with it!” said Emily. “Megan’s lesson gave them the flexibility to use their new knowledge and skills in a whole variety of ways and each student did something a little different with it.”