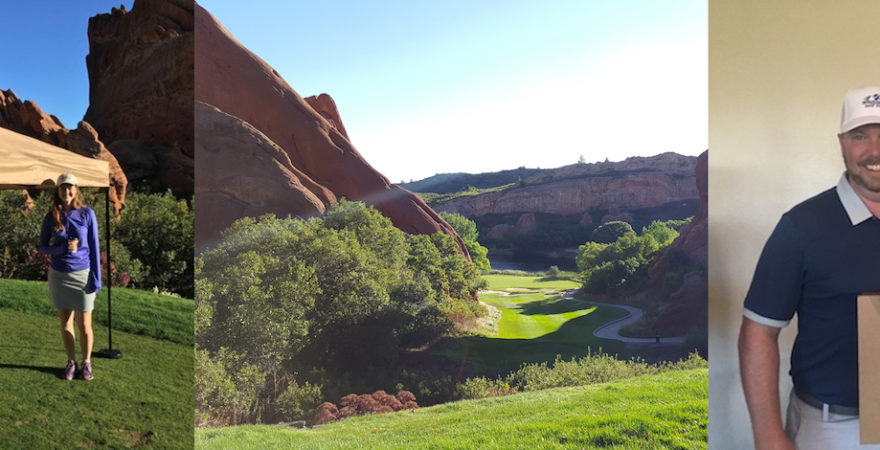 KidsTek recently had the opportunity to be the charity recipient at the Inaugural Softchoice Orange Classic Golf Tournament. The tournament took place at the beautiful Arrowhead Golf Course in Littleton.  KidsTek set up an information table at hole 13, surrounded by red rocks and overlooking much of the scenic golf course. At the luncheon, it was announced that all the charity money raised during the event went to support KidsTek, and that Softchoice matched the amount of the player donations.

Richard Liner, Executive Director of KidsTek said, “Kudos and a big thank you to all of the supporters of the Inaugural Softchoice Orange Classic. We were honored to be your first charity recipient of this great event, and were touched by the generosity of all of the players and companies represented. A special thanks to Lenovo for the unexpected laptop donation, and to Softchoice for matching the funds raised at the tournament for the benefit of Colorado’s under-served youth. We’re looking forward to a great relationship with Softchoice and hopefully some of our students may ultimately become Softchoice employees.”