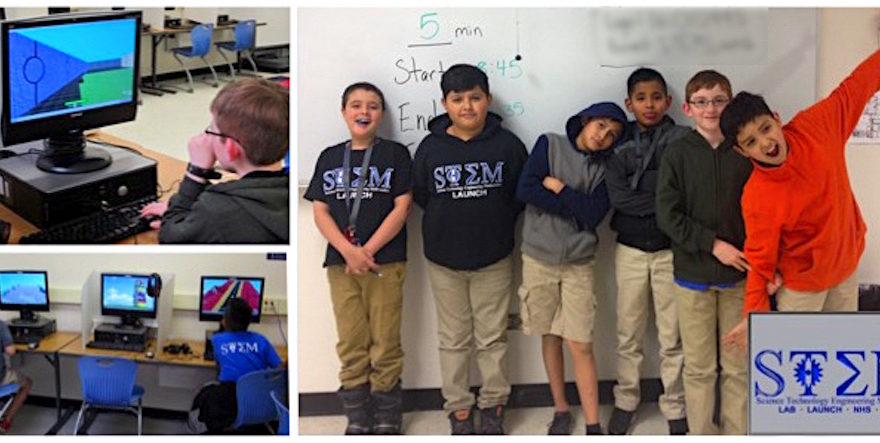 Using Kodu’s simple object-oriented interface, students are able to create rules for their characters and environments that test their logic and ingenuity. Students have the ability to control all game character actions and environmental design including terrain, bridges, mazes, and more. Despite Kodu’s intuitive interface, its high quality 3-D output creates professional-looking games that are fun to play and the students enjoy challenging each other with their games.

Our STEM Launch students enjoyed using their imaginations to create and manipulate every function in their games. They were engaged and challenged this session and really enjoyed showing off their creations!