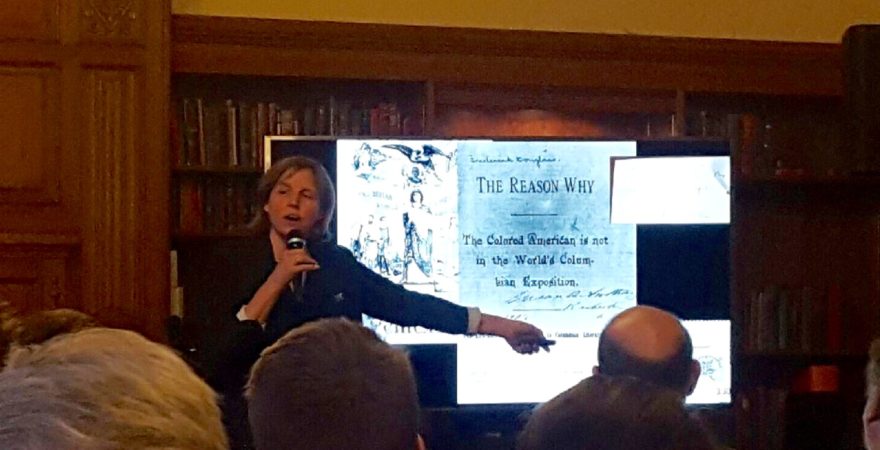 Last week, KidsTek Program Specialists Kristina Calvert and Meghan Lang had the opportunity to visit DU for an event featuring Megan Smith, the CTO of the United States during the Obama Administration.

Before her national position, Smith was a Vice President at Google, co-founded the Malala Fund, and helped start Solve for X and Women Teachmakers. She is a huge advocate for social justice and was even the general manager of Google.org. She is also the first woman to be named U.S. CTO.

During her lecture, Smith spoke about how technology is ever-changing and that the community immersed in technology should also be as fluid. We continue to see a huge rise in technology adoption as more and more people use smartphones, learn to use computers, doctors use robots for surgery, and even as cars begin to drive themselves. With this rise, a more diverse population is is using these technologies. More women, children, and people of color are leading the charge when it comes to tech innovation.

KidsTek works with a diverse student body in the metro area’s highest needs schools. Leaders like Megan Smith inspire our next generation of women and students of color to enter the technology field.