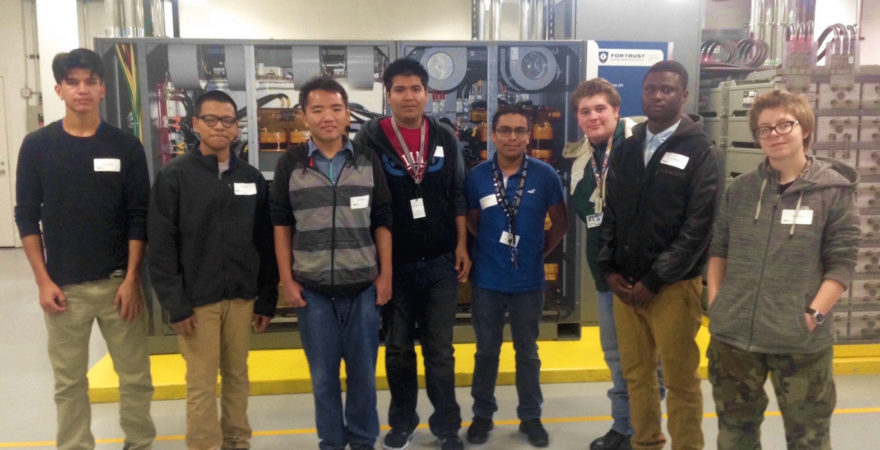 It’s been a busy year at KidsTek! We’ve been fortunate to work with many wonderful schools, community partners and students in 2015. Here’s a look back at our past year.

On February 19th, KidsTek hosted its 14th Annual Tech Leaders Dinner at Mile High Station in Denver. We were honored to have Denver Mayor Michael Hancock as our keynote speaker. Also, our students from Aurora’s Hinkley High School manned a demo table where they presented what they had been working on in class.

On June 11th, our 14th Annual Charity Golf Classic took place at the Inverness. Our post-tournament reception included the presentation of this year’s Nancy J. Sauer Memorial Scholarship, which was awarded to two students this year! Hinkley High School graduate Westin Weber, and North High School graduate Janet Soto, were in attendance and received their awards on stage. Last year’s scholarship winner, Aurora Central High School graduate Nin Aung, also attended as we announced the continuance of her scholarship award into her sophomore year of college.

In August, Nin Aung also took the stage representing KidsTek at the 3rd Annual “SIM Tank” event that took place at the Galvanize entrepreneur workspace. For the third year in a row, KidsTek was a beneficiary of the event, receiving a $20,000 donation from SIM’s fundraising efforts!

In May, our students from Hinkley High School were able to attend a field trip to Denver’s FORTRUST datacenter. And, during the new school year this fall semester, students from both Hinkley and Aurora Central High Schools also visited the data center. Students were treated to lunch, a personal tour, and a presentation from FORTRUST Senior Vice President & General Manager Rob McClary, who is also currently serving as KidsTek’s board chair.

During the third week of June, several of our high school students and a few KidsTek alums were able to take part in the 2nd Annual “Swiftie.U” tech camp designed by Swiftpage just for KidsTek students. Swiftpage, an email marketing company headquartered in downtown Denver, hosted our students for a week at their offices. Swiftpage employees taught students about technology, business and marketing concepts during the camp. The students were also split into three teams where each developed competing marketing pitches that were presented at the end of the week. All student participants received scholarship money courtesy of Swiftpage for completing the program.

During July, KidsTek had the opportunity to once again work with State Senator Nancy Todd and her husband, Teri Todd during their 7th year of hosting Aurora Youth 4 Success. AY4S is a summer career exploration program for Aurora high school students in the Aurora and Cherry Creek School Districts. KidsTek taught our college and career exploration class where nine students earned free lap tops for completing the course!

We are extremely proud to announce that by the end of the 2014-2015 school year, nine students from Aurora’s Hinkley High School had earned IC3 Digital Literacy Certifications, one Hinkley student earned a Net+ computer networking certification, and one of our Adams City High School students earned a Microsoft Office Word Specialist certification.

In addition, James Davis, a KidsTek alum attending High Tech Early College and Emily Griffith Technical College earned two Cisco computer networking certifications during the year! James passed the Cisco Certified Entry Networking Technician (CCENT) certification exam in June and the Cisco Certified Networking Associate (CCNA) in November. James has been preparing for these certification exams for quite some time now, as both a KidsTek student and an intern at Westwood College. James was helped by both his own tenacity, and the guidance of Westwood staff Rodney Brown and Alfred No.

Finally, KidsTek welcomed several new instructors this year, and a new Program Specialist, Keysla Sano. All have been wonderful additions to the team and we’re excited to have them on board.

A profound thank you to everyone who has been a part of helping to serve our KidsTek mission this past year!

Our board, staff, community partners, volunteers and donors have made this a rewarding and impactful 2015.

Happy New Year from all of us at KidsTek!

← Be a KidsTek Guest Speaker at North High School – We Want to Hear Your Story!
Introducing Kids to Programming →