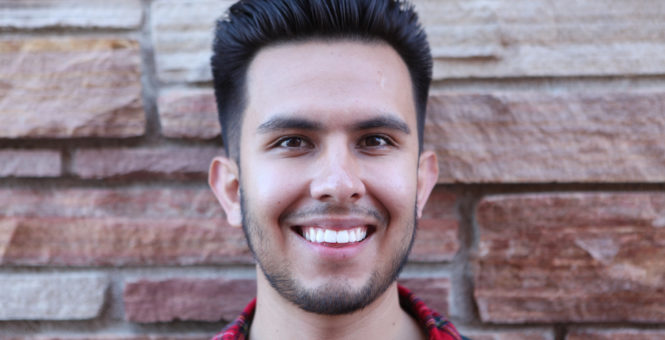 Juan Vargas is a KidsTek grad and CU Boulder alum who recently landed his first job in the technology field at the Boulder office of Splunk Inc. Juan is a software engineer at Splunk, and began the new job shortly after graduating from CU Boulder in May.

Juan first joined KidsTek as a junior at Denver’s North High School. Juan enjoyed his KidsTek class at North so much that he took another KidsTek elective, “Business Computing,” during his senior year. One of the features of the class was “Entrepreneur Fridays,” where guest speakers, often from business and tech fields, inspired the students and explained the trajectory of their college and career experiences. Juan found the guests engaging, which helped inspire him to follow a STEM path in college. In addition to being a KidsTek student in high school, Juan also worked for us as a classroom aide at the time, assisting elementary-aged students during our after school computer programs.

Juan majored in computer science and learned a lot at CU Boulder. He also benefited from CU’s “Gold Shirt Program,” a support for “first generation” and minority students to address the inequities in the engineering field. Juan was a diligent student, yet still found the time to volunteer for KidsTek throughout his college career. Juan often spoke at our fundraising events, and also served as a guest speaker many times in our high school classes. Juan felt that he could be inspirational to our high school students, and wanted our students to see themselves in him. He says, “Representation is very important. Students need to see people that look like them in successful roles. I want them to know that whatever your hurdles are, you can overcome them with discipline and hard work.”

During Juan’s senior year at CU Boulder, he took a class from Greg Greenstreet, a Splunk employee and guest “industry instructor.” Greg helped students understand the local tech sector and often brought tech workers as guests to the class. Juan said this reminded him of KidTek’s “Entrepreneur Fridays,” and really helped him envision a local computer career. Greg encouraged Juan to apply at Splunk, and indeed, he was hired this summer and Greg is now his boss.

Juan also stressed the value of his minor in philosophy. Juan felt that taking philosophy made him more of a well-rounded person. A background in philosophy helps him to think more clearly and to ask the right questions. He says it even helps him with problem-solving at work.

At Splunk, Juan is a software engineer on the cloud monitoring team. He says that working in collaborative teams is a great way to work and he is learning so much at his new job. Greg Greenstreet says, “I met Juan initially as a student in my Big Data class at CU and he impressed me immediately. He was one of those students who was always engaged and asked thoughtful questions. You could tell his focus was on learning, not just showing up for class. I am thrilled that he has joined us now professionally at Splunk and I see nothing but bright things for his future.”

We are so proud of Juan, and really value all the ways that he has helped and supported KidsTek over the years!