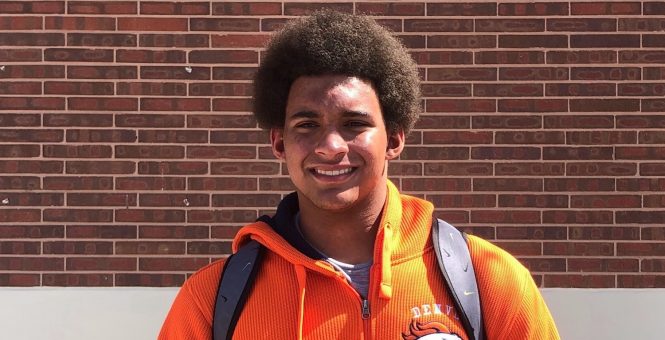 Zane McCune, a senior at Hinkley High School in Aurora, took the KidsTek Introduction to Computing and Introduction to Programming classes in the 2019-20 school year. While Zane was enrolled in KidsTek, he stuck out as a student who excelled in understanding the material. He was also very generous in helping out his classmates. When asked what his favorite part of the class was, Zane said, “Probably how casual it felt, most of the people there actually wanted to be there, so it felt more like a group than a class. As part of the class, I also earned my IC3 certification.”

Zane has been interested in computers since he was little. He reminisced on his earliest memories of technology, “My grandma had a computer and I thought that was just the coolest thing ever, I spent as much time as humanly possible playing Windows Solitaire and browsing the early 2000’s internet. I may not have known how to read yet, but who cares?”

Now that KidsTek offers a CompTIA A+ class, Zane has returned to us as a student, and says that he has seen a lot of jobs posted that wanted applicants to have this certification.

He recently passed the first of two A+ exams and has one more to go in order to be fully certified! Our A+ Instructor Katy Limes said, “Zane is a very engaged and knowledgeable student. He goes above and beyond, inside class and out!”

We are extremely proud of you, Zane! Keep up the great work.