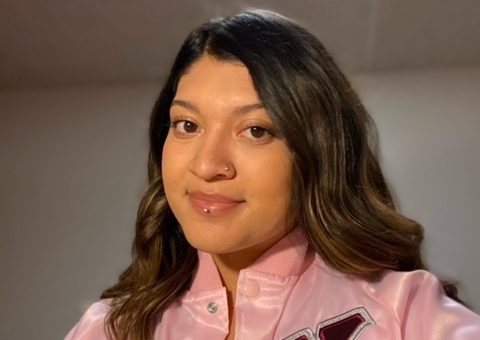 Every day, KidsTek staff work with students from across the Denver metro area.  When we’re able to keep in contact with former students after they graduate, it brings us so much joy to hear from them with their life updates, successes, and questions.

In August of 2016, Fatima Prieto joined the KidsTek class at Hinkley High School. She took KidsTek’s “Intro to Computing” and “Intro to Programming” classes. Even though Fatima joined the class as a young sophomore, she was a clear stand-out. Now, five years later, we are catching up with Fatima and would like to applaud her hard work and perseverance!

Fatima is currently a senior at Colorado State University. She is working hard to graduate a year early and is majoring in Political Science and Sociology. Fatima is working as a Resident Assistant in the dorms and in her free time enjoys paddle boarding, roller skating, and trying new restaurants and food trucks! Even though Fatima is busy, she makes time to also work as one of the directors for the Do Better CSU initiative. This group does work related to dismantling the systems of interpersonal violence on campus and in the community.

When Fatima finishes her undergraduate degree in the spring, she is planning on moving to Spain! KidsTek is proud to play a role in helping Fatima pursue her goals. Congrats on all your achievements, Fatima!