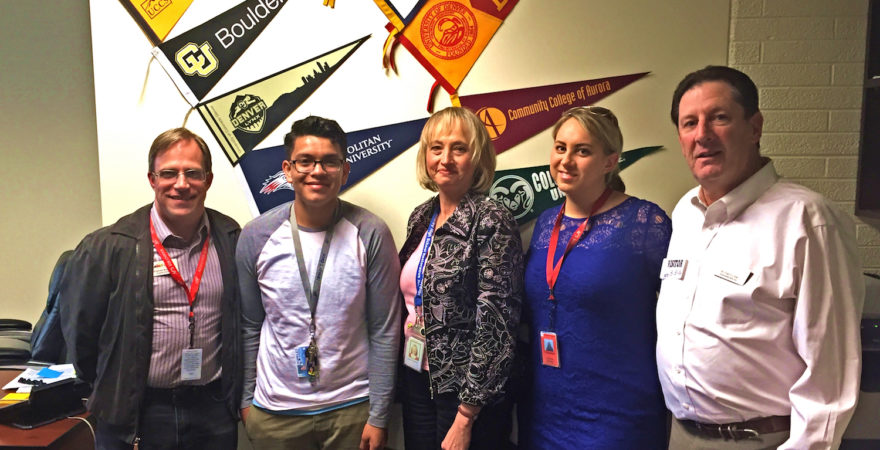 We would like to congratulate KidsTek alum Jose Rivera for winning this year’s KidsTek Nancy Sauer Memorial Scholarship! Jose was a KidsTek student during the 2014-15 school year, taking classes from us in “Intro to Computer Information Systems” and “Networking Plus.” Jose took these classes through our program at Aurora’s Hinkley High School, while also earning credit with the Community College of Aurora through taking the class.

Jose is a strong student in challenging subjects and has taken other advanced placement and college-level classes while in high school. He really persevered in our class, earning both an IC3 Computer Literacy certification as well as a CompTIA Net+ networking certification. Jose appears well on his way toward fulfilling his dream of working in the tech sector.

Jose is nearing the end of his senior year in high school and plans on starting college at UC Boulder in the fall. The KidsTek Scholarship will pay for $1000 toward his freshman year of college, and if he continues in school, will pay him a second $1000 toward his sophomore year as well. Congratulations, Jose!